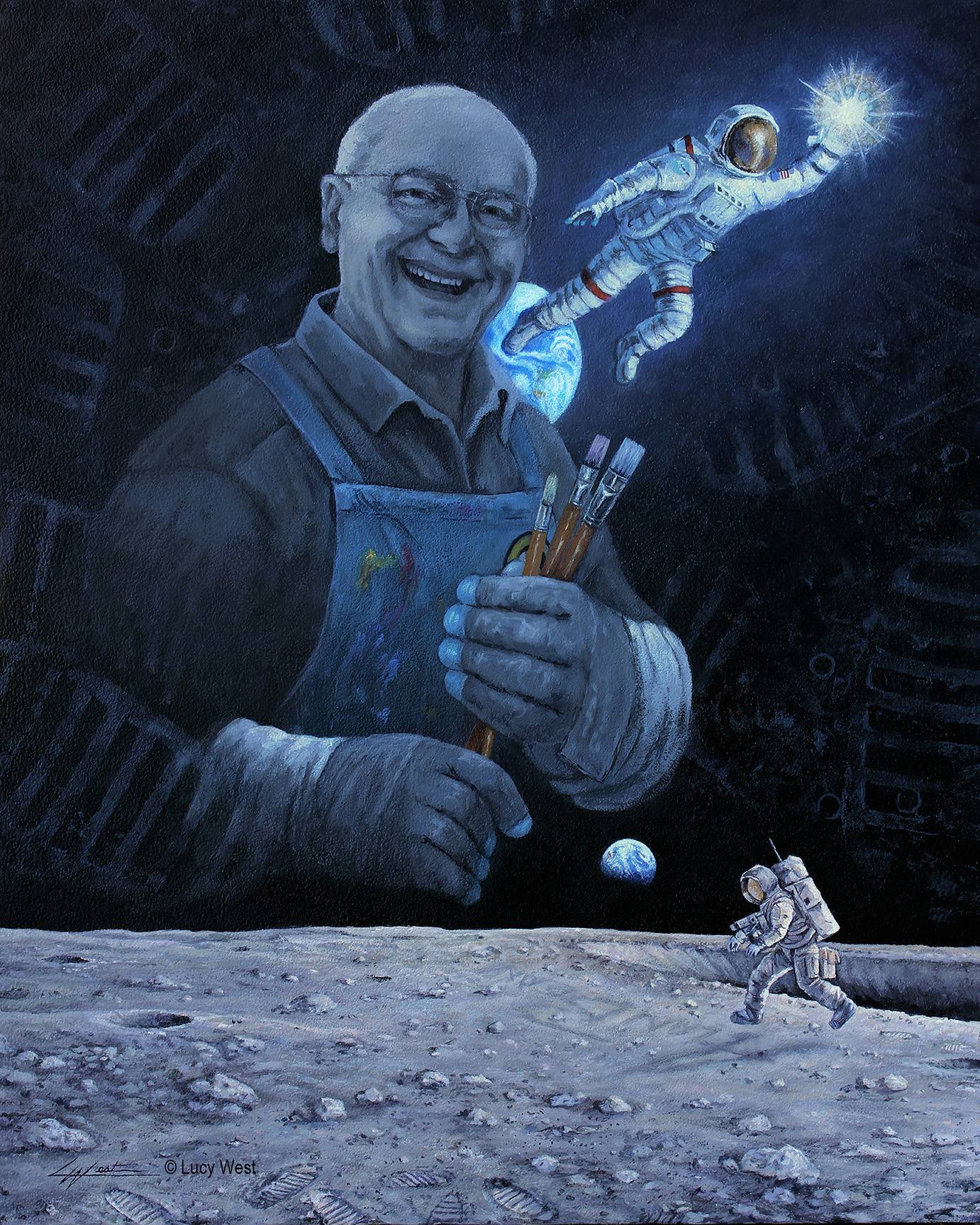 Original $4,500 16 x 20 acrylic on wood panel. Astronaut/artist Alan Bean was the fourth man to walk on the moon and he holds a special place in my heart. This tribute to him was decades in the making. He and his art inspired me to become a space artist in the early 90's when I first discovered his paintings depicting his time on the moon. That decision has been rewarding and taken me on a fulfilling journey. Since that time Alan has been a constant inspiration and hero in my life and in the studio. In 2012 I had the precious good fortune of meeting Alan while exhibiting for the first time at Spacefest. We became fast friends and it was pleasure to get to know his generous spirit over the years. I've encountered so many people that have expressed how Alan has inspired and touched their lives. Alan passed in 2018 and left a legacy of historical works that will continue to inspire many people to come. He left his prints on the moon and on the hearts of the people of Earth.
/