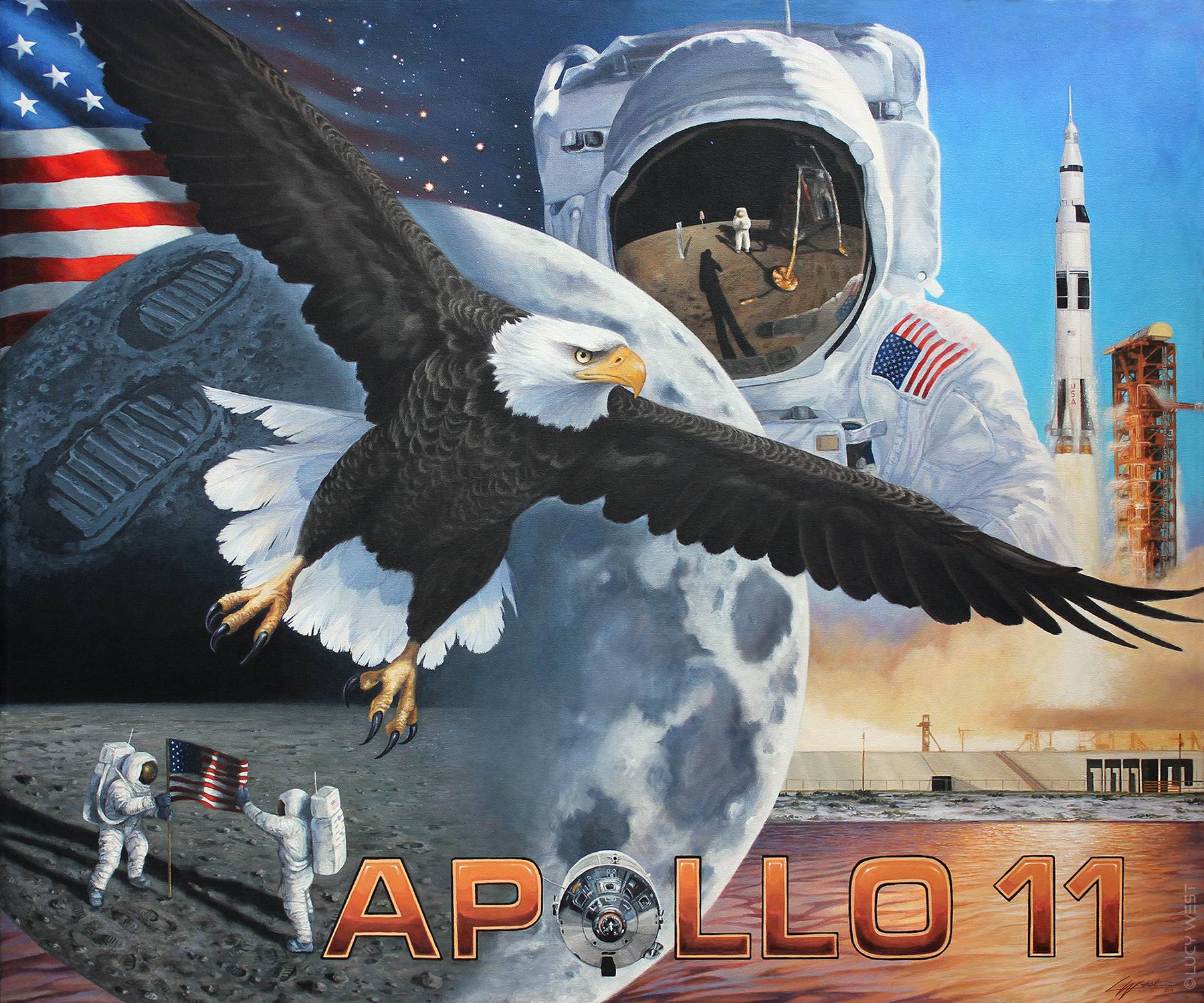 Original 36" x 30" acrylic on canvas / Description: 50 years ago humankind made it's most daring leap and left the bonds of Earth to set foot on another celestial body. Its hard to believe its been half a century since Apollo 11 landed on the moon. In celebration of this momentous 50th anniversary I am inspired to pay tribute to all the clever minds and abled bodies that facilitated this grand feat. There's much symbolism represented in "Giant Leap of Unity". I like to think of Neil Armstrong, Buzz Aldrin and Mike Collins sitting atop the massive Saturn V lifting toward space carrying with them all the hopes and dreams of the people of Earth. Seeing Aldrin's iconic pose and the reflection of Armstrong in his helmet always gives me chills. Though we don't see their faces we know who they are and where they are. Mike Collins is represented in the illustration by the Command Module I included in "APOLLO 11". When I think of Collins I think of his time alone on the back side of the moon, cut off from everyone and everything he was familiar with, cut off from home. On the left side of the canvas Neil Armstrong's first boot impression mark the moment that all of mankind became unified in one of the greatest achievements ever to be realized throughout history. The eagle represents all the people behind the Mercury, Gemini and Apollo projects that led to a manned lunar landing, the fortitude and strength required to achieve the impossible, the keen focus of mind and spirit, and the astounding realization of flight to another world.Copyright Lucy West
/